The story of the man behind the show…….

Little Tommy Williams wasn’t like the other children. Whilst others were constructing model sets, Tommy was deconstructing and reconstructing realities and exploring planes of existence. An intelligent youngster from Liverpool in the 1960’s, Tommy developed a critical thinking mindset early on after a plethora of paranormal experiences. The world he perceived with the five senses made no sense to him, a heavy burden for a boy under 10 years of age.

Tommy grew into a young man with a penchant for studying UFO’s and aliens; which were a problem! The advent of the internet gave Thomas a new advantage, as he spent an average of 6 hrs. a day from his mid-30’s onward engrossed in deep research. All topics covered in what is known as the alt-media were his playground as he took his now-famous, “overview approach” in his research, deeply discovering the mysteries of life. 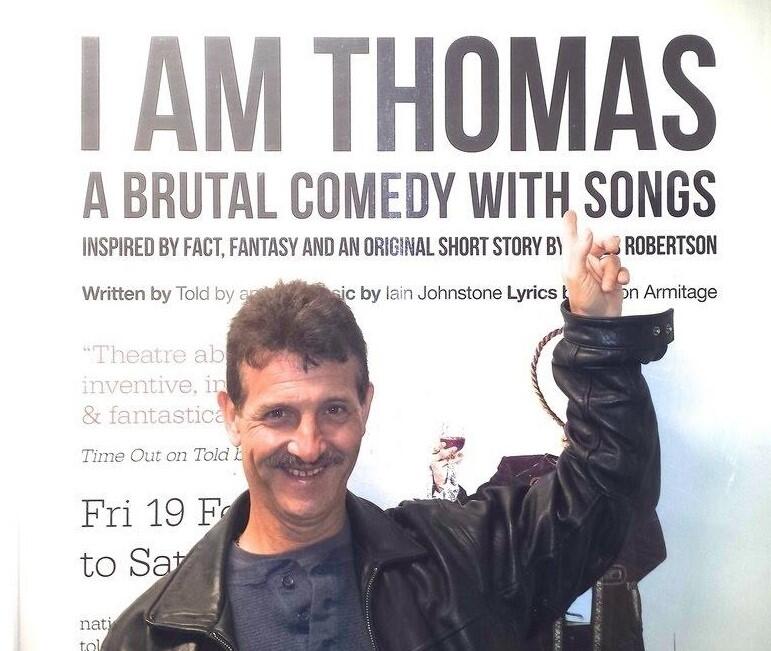 During that time Thomas moved from the UK to Florida, running his own business. Although life had developed nicely on a personal front, things within and around him began to shift on a massive scale as his consciousness grew by the day.

By 2011, Thomas had accumulated a large bank of knowledge and inner wisdom but wasn’t sure what to do with it.  He contemplated writing a book. His intuition nudged him to go on speaking tours or shows, but his low self-worth said, “But you can’t speak too well, you’re too quiet, you mumble and you have a funny accent.” Despite his reluctance to put himself out there, inner promptings eventually led him to the radio show Cosmic Voice and the start of his career as a podcaster on July 31st, 2013.

Thomas continued to learn and develop, but this was a different level of learning which went way beyond political intrigue, deep states and other machinations. He was now in the realm of the Cosmos learning. Deep internal changes and rapidly accelerated development were happening simultaneously with the decision to step firmly onto his path as a paradigm-breaking, dot-connector extraordinaire.

Events unfolded in May 2016 which led to the creation of the show called Truth, Honor & Integrity (THI), and a philanthropic organization called The Peoples Club (TPC).

Since 2016, Thomas’s work with The Trust gave him expanded insight into the world of Economics, and the shenanigans connected to it.

Telling the truth on this planet comes with a heavy price to Thomas’s wellbeing and private life. This has been no easy journey. Despite the difficulties, Thomas remains fairly balanced and modest in his demeanor with a disdain for extravagances. Driven by a sense of equality and a strong moral code, Thomas takes it all in stride and always has a smile or a wise crack at the ready.

The TPC expanded in 2021 to include a forum dubbed The Peoples Club Communal Gatherings;  delivering common-sense solutions to the problems we the people face every day and providing a blueprint for the restoration of society founded in the True Rule of Law.

His life’s work has become an inspiration to many, as not only host of the THI Show but through his kindness. Many members have been privately assisted with their mental, emotional, physical and spiritual problems by Thomas, as well as financial hardships through The Peoples Club, “hand up over a handout” charitable outreach.

Known by many for his treasured, “Tommyisms,” hammer-dropping truths and deep insights, Thomas regularly gives his audience common-sense questions to ponder to encourage self-responsibility, caring & sharing and need over greed.

“I am just a simple man of and with the people, with no connections to anyone but the people themselves. All I ask in return is, for people to be a better version of themselves tomorrow, than today.”

“Be the truth, be the change, as you are your own savior.”